Home > Lectures and workshops: > The Ultimate Guide To The Metaverse.

What is the Metaverse?

Films like Ready Player One, The Matrix and Free Guy have popularized the concept of the Metaverse to pop culture nerds and movie enthusiasts alike.

In the matrix, for instance, a race of superintelligent artificial intelligence has a fallout with humanity. Feeling threatened, they decide to enslave humans in a virtual world (what they call The Matrix), while maintaining control of the actual world and using humans as “bio-batteries”.

The virtual world is so realistic that no human is able to figure out that it’s fake. Everything is exactly what you’d expect in the real world.

People have jobs and families.

In fact, The Matrix is so realistic, that when the main character in the movie is told that he’s living in a fake world, he doesn’t believe it!

The term Metaverse was first popularized in a 1992 science fiction novel authored by Neal Stephenson.

The novel, which is called Snow Crash, features a Metaverse that users perceive as an urban setting built along a single road, The Street, that is one hundred metres wide, and circles the whole 65,536 km (216 km) perimeter of a featureless, black, perfectly spherical planet.

In the novel, a company called The Global Multimedia Protocol Group, a fictional division of the actual Association for Computing Machinery is the owner of the virtual Real Estate, which can be purchased and developed.

Users can access the Metaverse either via low-quality public terminals in booths or through personal terminals that transmit a high-quality virtual reality display onto the user’s goggles (with the penalty of presenting a grainy black-and-white appearance).

In addition, Stephenson envisions a subculture of people who choose to use portable terminals, goggles, and other devices to constantly stay linked to the Metaverse.

These people are known as “Gargoyles” due to their bizarre looks.

In Snow Crash, the Metaverse is experienced by its users in the first person.

So Hiro’s not actually here at all. He’s in a computer-generated universe that his computer is drawing onto his goggles and pumping into his earphones. In the lingo, this imaginary place is known as the Metaverse. Hiro spends a lot of time in the Metaverse. It beats the shit out of the U-Stor-It.

Users appear as avatars of any type within the Metaverse, with the exception of height, to prevent people from strolling around a mile tall.

Transport within the Metaverse is limited to analogues of reality by foot or vehicle, such as the monorail that runs the entire length of the street and stops at local ports spaced one kilometre apart, stopping at 256 express ports, uniformly spaced at 256-kilometre intervals.

The Metaverse in Computer Science

The Metaverse is a new era of interconnected virtual experiences that makes use of technologies such as virtual and augmented reality. The premise at its heart is that by increasing one’s “virtual presence”, online interaction can become much more similar to in-person interaction.

Unlike the existing web, the Metaverse will be a virtual 3D world where individuals interact with an online environment.

In order to properly understand the Metaverse, we will first look at common terminologies often associated with the Metaverse:

If you want to know what experiences we will have in the Metaverse, read this post.

A Mini MBA from Jeff Bezos, Billionaire founder of Amazon.com 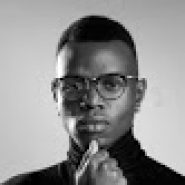 Steve Logarn is the Founder and CEO of HostGuest Limited. In his private time, he enjoys reading books on Philosophy, engineering, Computer Science, and Psychology.

How to get a job in Kenya

How to create and sell NFT art: A beginner’s guide to NFTs.

17-year-old boy who turned candy into millions: how to invest shares in Kenya.

What is a Startup Business Definition and tips on how to build one.

QUALITIES OF A VISIONARY LEADER: PART 1.

How to hire: The story of HostGuest

How to hire your first employees. These are some nice faces to look at, right? I know. Soothing. For a…

How to launch a startup: The story of HostGuest

How to launch a startup: The birth of an idea This is not a definitive guide on how to launch…

Before he became the HostGuest Mascot, Andy the Nard Dog worked as an entertainer in Metropia, one of the largest…

HOW HOSTGUEST IS BUILDING FOR THE METAVERSE.

HostGuest has been in the business of selling physical and online experiences for the past couple of months! We pride…

A Mini MBA from Jeff Bezos, Billionaire founder of Amazon.com

What is the creative theory and what are the misconceptions?

What is the creative process and how can you use it?